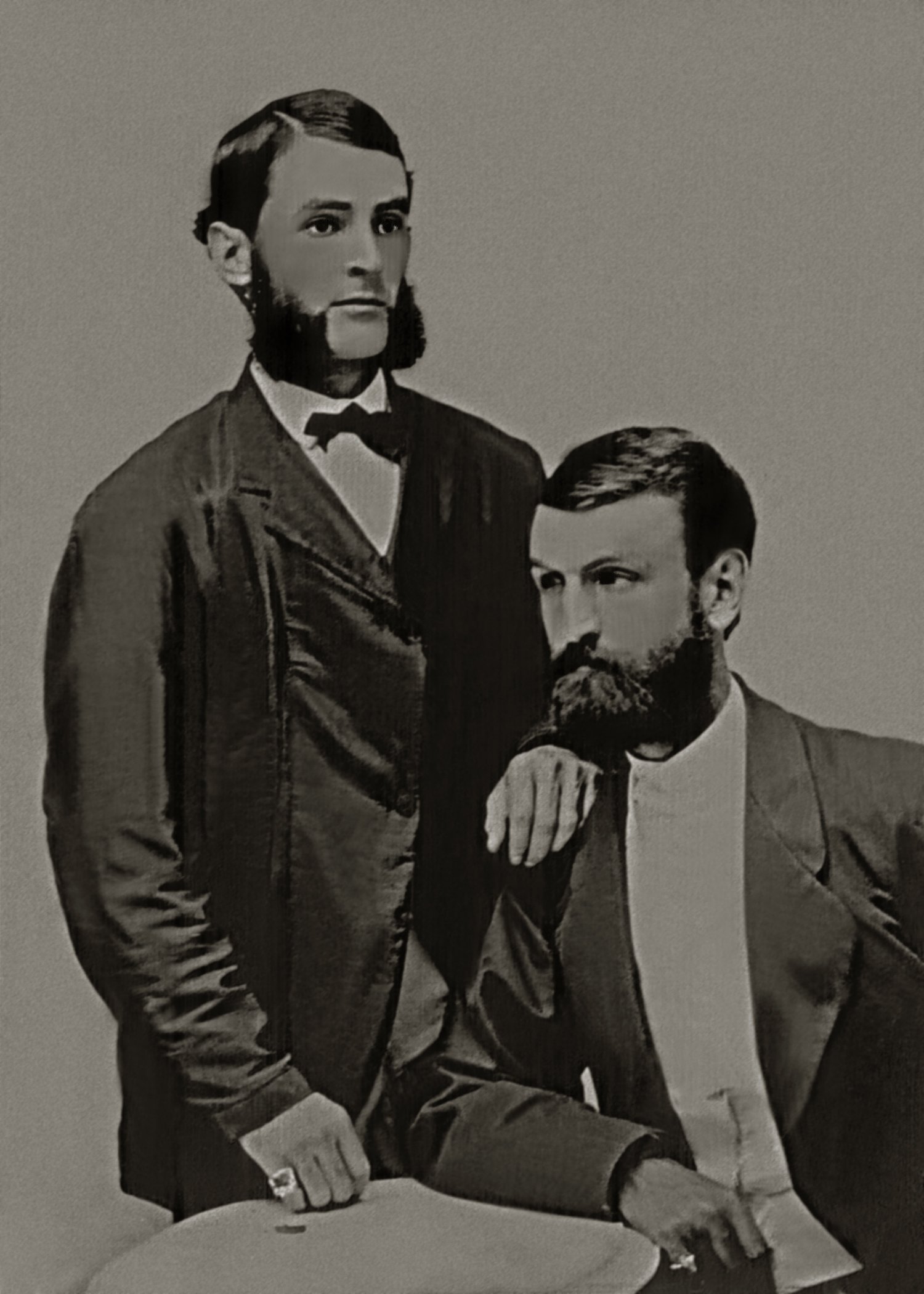 George Perkins (1841-1890) was born on the 21st of February 1841 in Ipswich, Massachusetts, the son of Jonathon and Caroline (Greene) Perkins. He attended Harvard College in 1858 and 1859 but did not graduate. George enlisted as a Private in the 6th New York Independent Battery on December 7th, 1861, joining his elder brother James Appleton “App” Perkins. When he enlisted, George was a 20-year-old married man from Woburn, Massachusetts, having wed Almira Wyman on the 21st of May 1861. With Almira, he had nine children, six boys and three girls.

During the period of George’s enlistment, the 6th New York Independent Battery participated in many of the battles and campaigns of the Army of the Potomac. In 1862, as divisional artillery, the battery participated in the Peninsula Campaign and the battles before Richmond. On November 3rd, 1862 the battery was converted to Horse Artillery and was assigned to the Cavalry Corps of the Army of the Potomac. In 1863, it participated in the Battle of Kelly’s Ford, the Chancellorsville Campaign, the Battle of Brandy Station, the Gettysburg Campaign (in which the battery remained in reserve), the Second Battle of Rappahannock Station, and the Mine Run Campaign. In 1864, the battery fought in the Battle of the Wilderness, Sheridan’s Raid on Richmond, Early’s Raid on Washington, and the Shenandoah Campaign. George served as a cannoneer for most of that period and came under intense fire several times. He mustered out on December 7th, 1864, having served his entire three-year enlistment as a Private.

From the beginning of his enlistment, George assumed an apparently self-imposed mission to become a sort of war correspondent in uniform, using a daily diary to report, critique, and comment on every aspect of military life that came within his notice, including the leadership qualities of prominent and lesser-known officers of the Army of the Potomac. In addition to his diary, George maintained a prolific correspondence with his family and friends and wrote numerous letters to his hometown newspaper, the Middlesex Journal. The Middlesex Journal published 41 of his letters, essays, and other literary efforts between February 1862 and November 1864. His diary is a rich and reliable source of information about daily army life and the battles and campaigns of the 6th New York Independent Battery.

After mustering out (According to his diary, “Once more a free man.”), George returned home, and was hired as Principal of Central Grammar School Number 1, starting work on February 27th, 1865. As principal, George oversaw a staff of eight, including a music teacher, and was expected to care for the classrooms. He remained at Central Grammar School through the 1870-1871 school year. George began work in the fall of 1872 at the Phillips School in Boston, hired as an Usher. Phillips was a public grammar school, founded in 1844, one of the first public schools in Boston with an interracial student body. By the 1880-1881 school term, George was promoted to 2nd Sub-Master. His final promotion to Sub-Master occurred on or before the school year beginning in 1889.