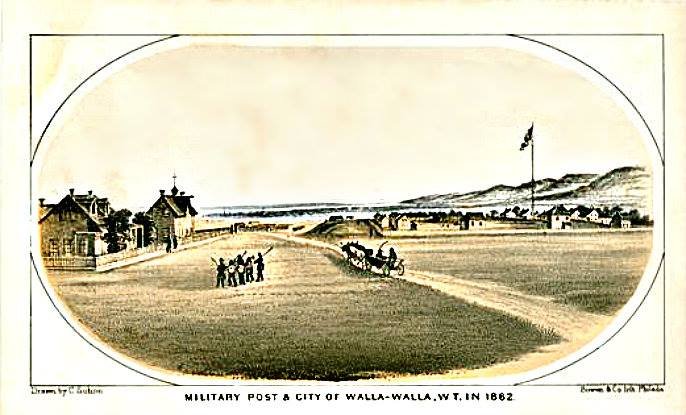 Fort Walla Walla Camp No. 3 serves the 20 counties of Eastern Washington:  Adams, Asotin, Benton, Chelan, Columbia, Douglas, Ferry, Franklin, Garfield, Grant, Kittitas, Klickitat, Lincoln, Okanogan, Pend Oreille, Spokane, Stevens, Walla Walla, Whitman, and Yakima.  With a date of rank of March 30, 2015, it is one of the founding camps of the Department of the Columbia (formed in 2015).  Our camp is named after Fort Walla Walla, the third U.S. military post of that name in southeast Washington state.  It was occupied from 1858 to 1910.  The Fort Walla Walla Camp is a 501(c)(3) non-profit organization.

Individuals attending events hosted by the Sons of Union Veterans of the Civil War, by virtue of their attendance, agree to the usage of their likeness in the Banner, any Camp or Department Newsletter, any SUVCW website and/or on any SUVCW Social Media outlet, promotional brochures, or any other SUVCW material.