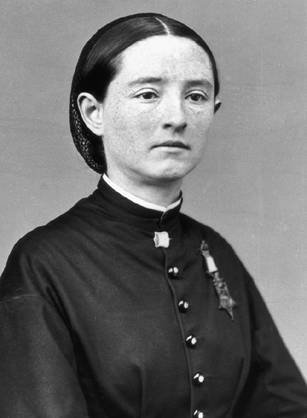 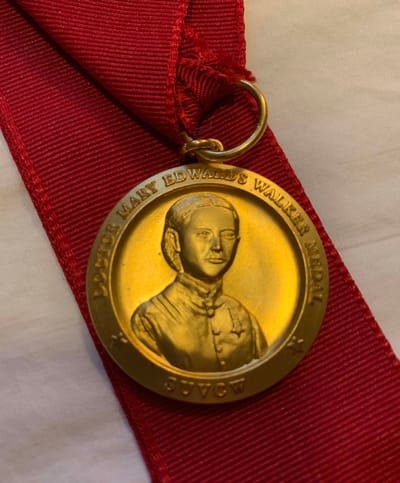 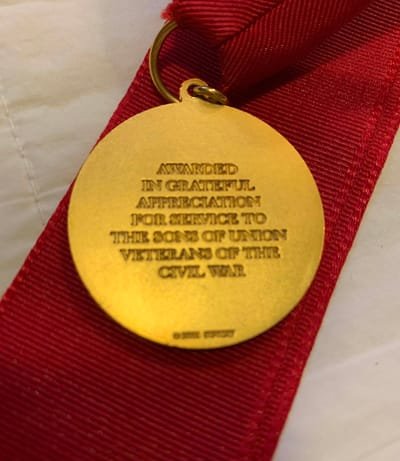 The Doctor Mary Edwards Walker Award is presented to a female member of one of the Allied Orders of the Grand Army of the Republic in recognition of and appreciation for her outstanding service to the Sons of Union Veterans of the Civil War.  The Department Commander may present up to two awards in any one year.

To date, there have been two recipients of this award presented by the Department of the Columbia:

Born on November 26, 1832, in Oswego, New York, she enrolled at Syracuse Medical College, graduating with a Doctor of Medicine degree in 1855. Thereafter, she relocated to Columbus, Ohio, where she started a private practice. Returning to her home state not long after, Walker married fellow physician Albert Miller, and the couple moved upstate, to Rome, New York.

Soon after the Civil War began in 1861, she began volunteering as a nurse, working early on at the Patent Office Hospital in Washington, D.C. Soon she found herself on the battlefield in tent hospitals in Warrenton and Fredericksburg, Virginia. In the fall of 1863, she relocated to Tennessee and was appointed assistant surgeon in the Army of the Cumberland by General George H. Thomas.

Mary Walker was captured and imprisoned by the Confederate Army in April, 1864. She was exchanged in August 1864, after being held in Richmond, Virginia, for four months. Following her exchange she returned to Washington, D.C. She received a contract as an “acting assistant surgeon” with the 52nd Ohio Infantry and began supervising a hospital for women prisoners and then an orphanage.

She left government service in June 1865. In recognition of her courageous war efforts, she was awarded the Medal of Honor for Meritorious Service. She became the first woman to receive the honor and to date remains the only female Medal of Honor recipient.

Following the Civil War, Mary lectured extensively on such issues as women's suffrage.

In 1917, the U.S. government revoked her Medal of Honor. However, she refused to return it and continued to wear it until her death February 21, 1919, in Oswego, New York. Nearly 60 years after her death, in 1977, Mary Walker's Medal of Honor was posthumously restored by President Jimmy Carter.