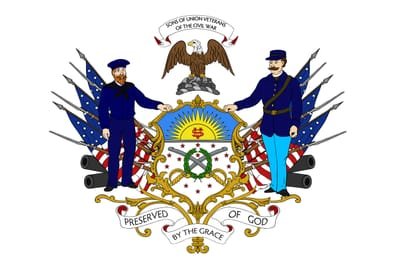 The Sons of Union Veterans of the Civil War (SUVCW) is a fraternal organization dedicated to preserving the history and legacy of veteran heroes who fought and worked to save the Union in the American Civil War. Organized in 1881 and chartered by Congress in 1954, SUVCW is the legal heir and successor to the Grand Army of the Republic.

In 1866, Union Veterans of the Civil War organized into the Grand Army of the Republic (GAR) and became a social and political force that would control the destiny of the nation for more than six decades. Membership in the veterans’ organization was restricted to individuals who had served in the Army, Navy, Marine Corps, or Revenue Cutter Service during the Civil War, thereby limiting the life span of the GAR. The GAR existed until 1956.

In 1881 the GAR formed the Sons of Veterans of the United States of America (SV) to carry on its traditions and memory long after the GAR had ceased to exist. Membership was open to any man who could prove ancestry to a member of the GAR or to a veteran eligible for membership in the GAR. In later years, men who did not have the ancestry to qualify for hereditary membership, but who demonstrated a genuine interest in the Civil War and could subscribe to the purpose and objectives of the SUVCW, were admitted as Associates. This practice continues today.

Many GAR Posts sponsored Camps of the SV. In 1925 the SV name was changed to Sons of Union Veterans of the Civil War (SUVCW), under which its federal charter was issued in 1954. The SUVCW is legally recognized as the heir to, and representative of, the GAR.

Today, the National Organization of the SUVCW, headed by an annually elected Commander-in-Chief, oversees the operation of 31 Departments, each consisting of one or more states, a Department-at-Large, a National Membership-at-Large, and over 200 community based camps (including one in London, England). More than 6,360 men enjoy the benefits of membership in the only male organization dedicated to the principles of the GAR — Fraternity, Charity, and Loyalty. It publishes “The BANNER” quarterly for its members. The SUVCW National Headquarters is located in the National Civil War Museum in Harrisburg, Pennsylvania.

More information about the history and governance of the SUVCW can be found at the SUVCW national website.

History of the Department of the Columbia

The Department was established by Special General Order No. 6 Series 2014-2015 issued by Commander-in-Chief Tad D. Campbell.

The date of rank for the Department of the Columbia is April 14, 2015. The organization of the Department was completed at the 1st Department Encampment held on June 27, 2015 in Vancouver, Washington. Rod Fleck was elected as the first Department Commander. Commander-in-Chief Tad Campbell served as installing officer.

At the 134th National Encampment held August 21-22, 2015 in Richmond, Virginia, Commander-in-Chief Tad Campbell (leftmost in photo below) presented the Department Charter to Loran Bures (2nd from left) and Gordy Struve as they unveiled the Department Flag. 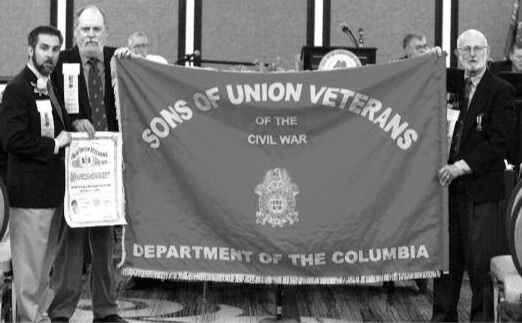 The Charter members are listed below.

The 3rd Department Encampment was held on April 29, 2017 at Historic Fort Steilacoom in Lakewood, Washington.  ASUVCW Sister Tricia Bures was the first recipient of the Doctor Mary Edwards Walker Award presented by the Department of the Columbia.  Mark Stevens was elected Department Commander.  Past Commander-in-Chief Tad Campbell served as installing officer.  In the afternoon a headstone dedication ceremony was held at the Western State Hospital Memorial Cemetery in Lakewood, Washington for three soldiers (see photos below): 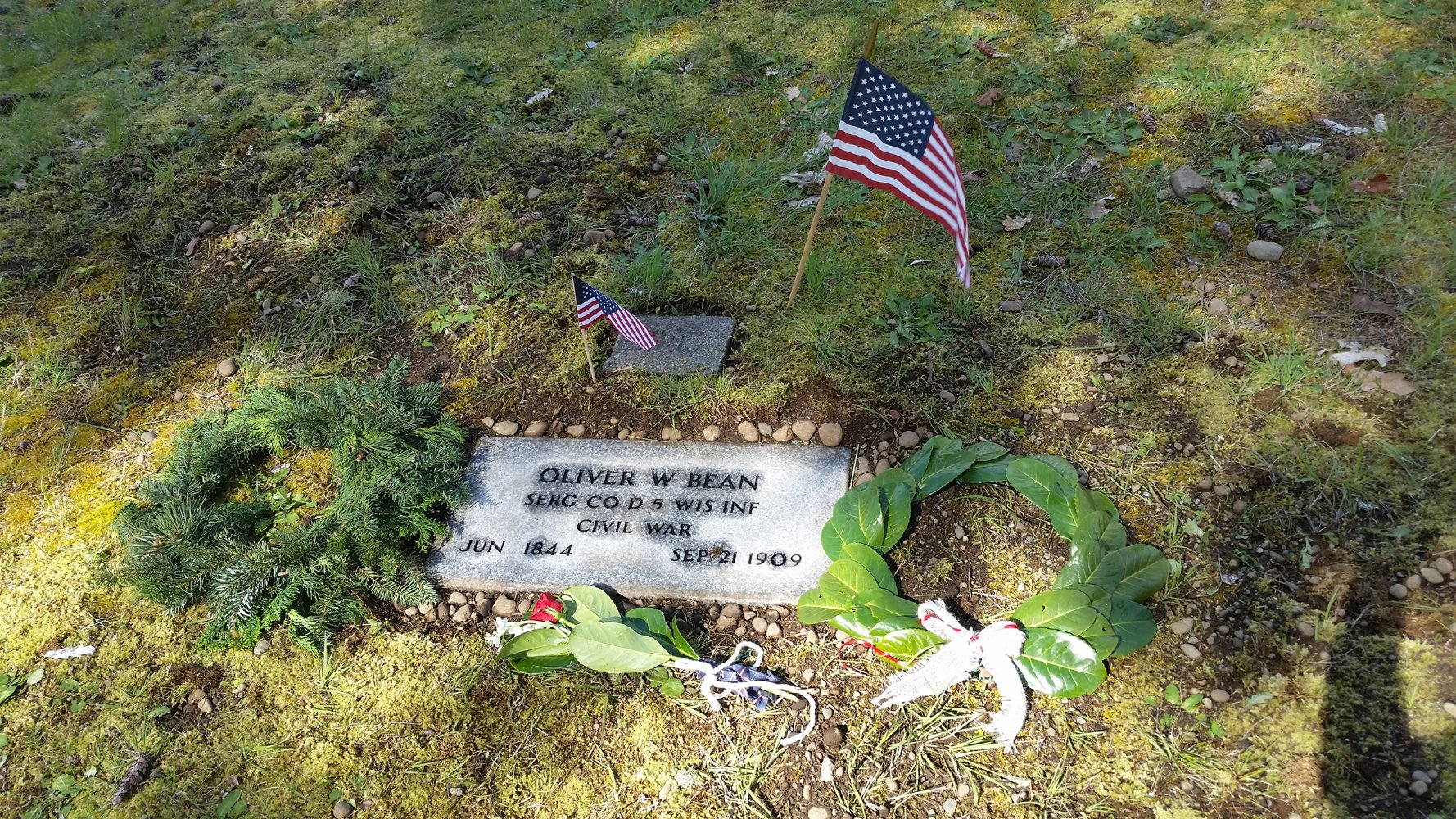 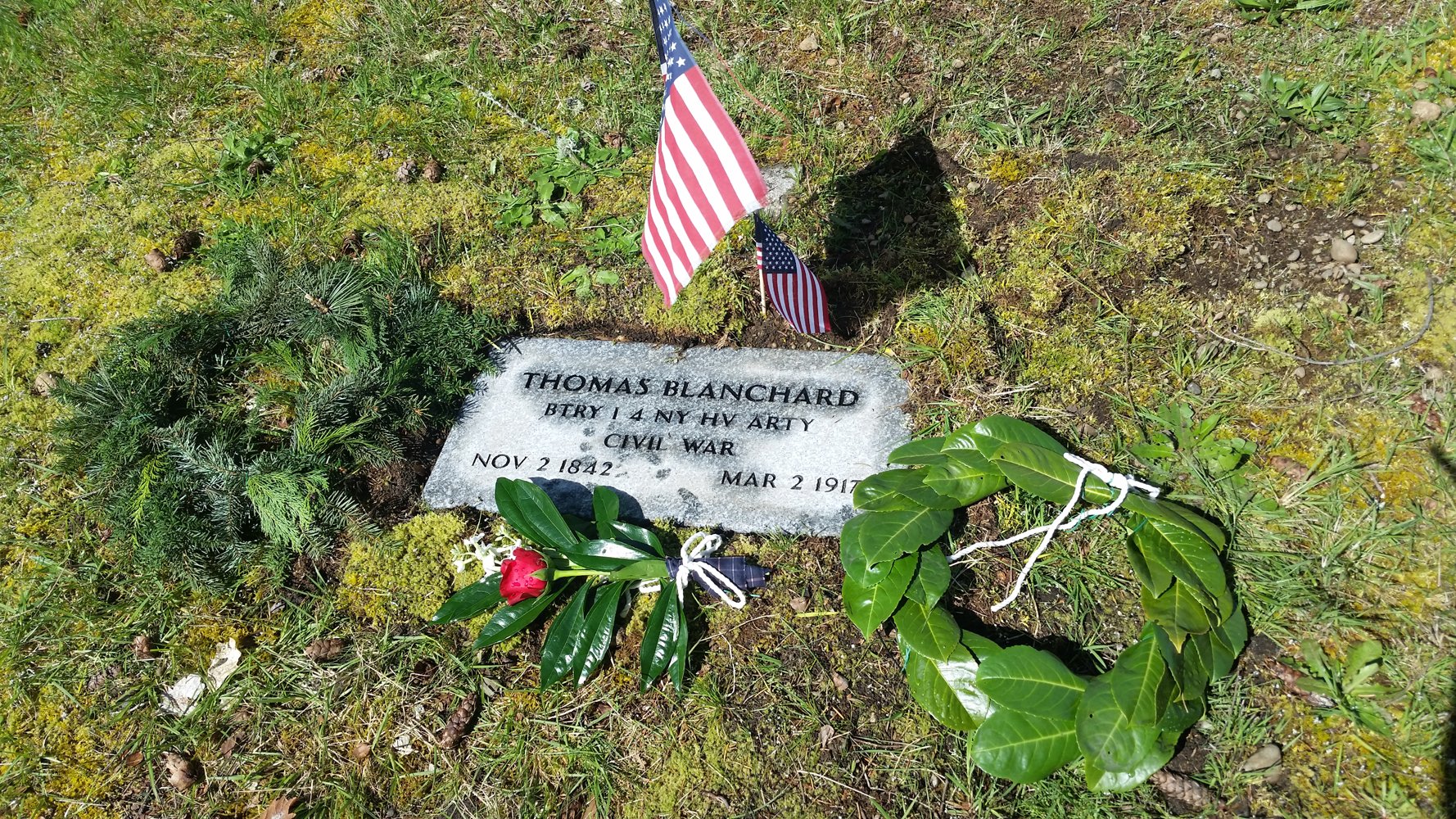 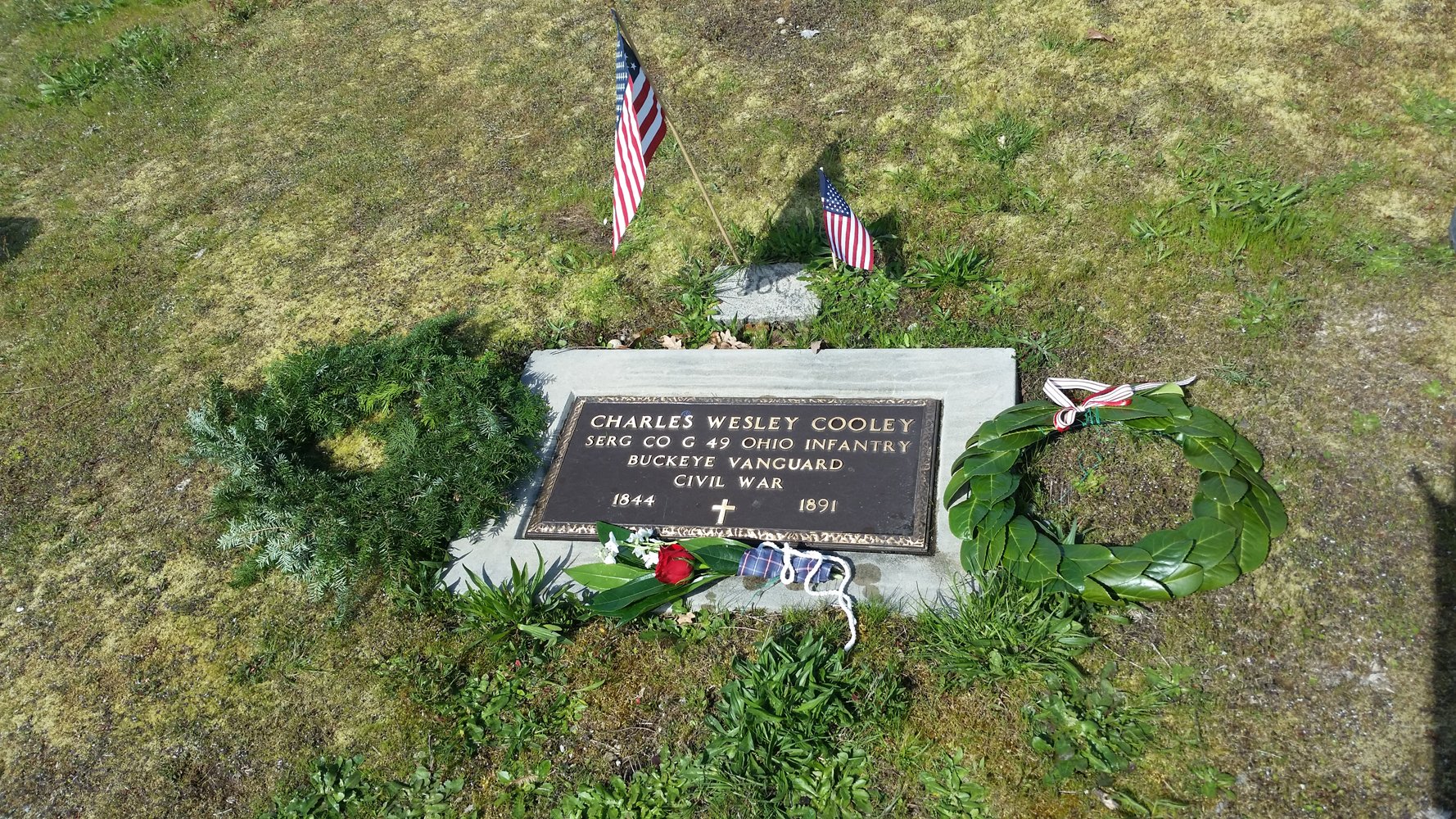 The 5th Department Encampment was held on May 4, 2019 in Oregon City, Oregon. Loran Bures was elected Department Commander. Past Commander-in-Chief Tad Campbell served as installing officer.

The 6th Department Encampment was held via Zoom on May 30, 2020. Loran Bures was reelected Department Commander. Commander-in-Chief Edward Norris served as installing officer.

The 7th Department Encampment was held on May 22, 2021 at the Veterans Memorial Museum in Chehalis, Washington and via Zoom. ASUVCW Sister Kathy O’Neal was the second recipient of the Doctor Mary Edwards Walker Award presented by the Department of the Columbia. Loran Bures was reelected Department Commander. Commander-in-Chief Brian Pierson served as installing officer. 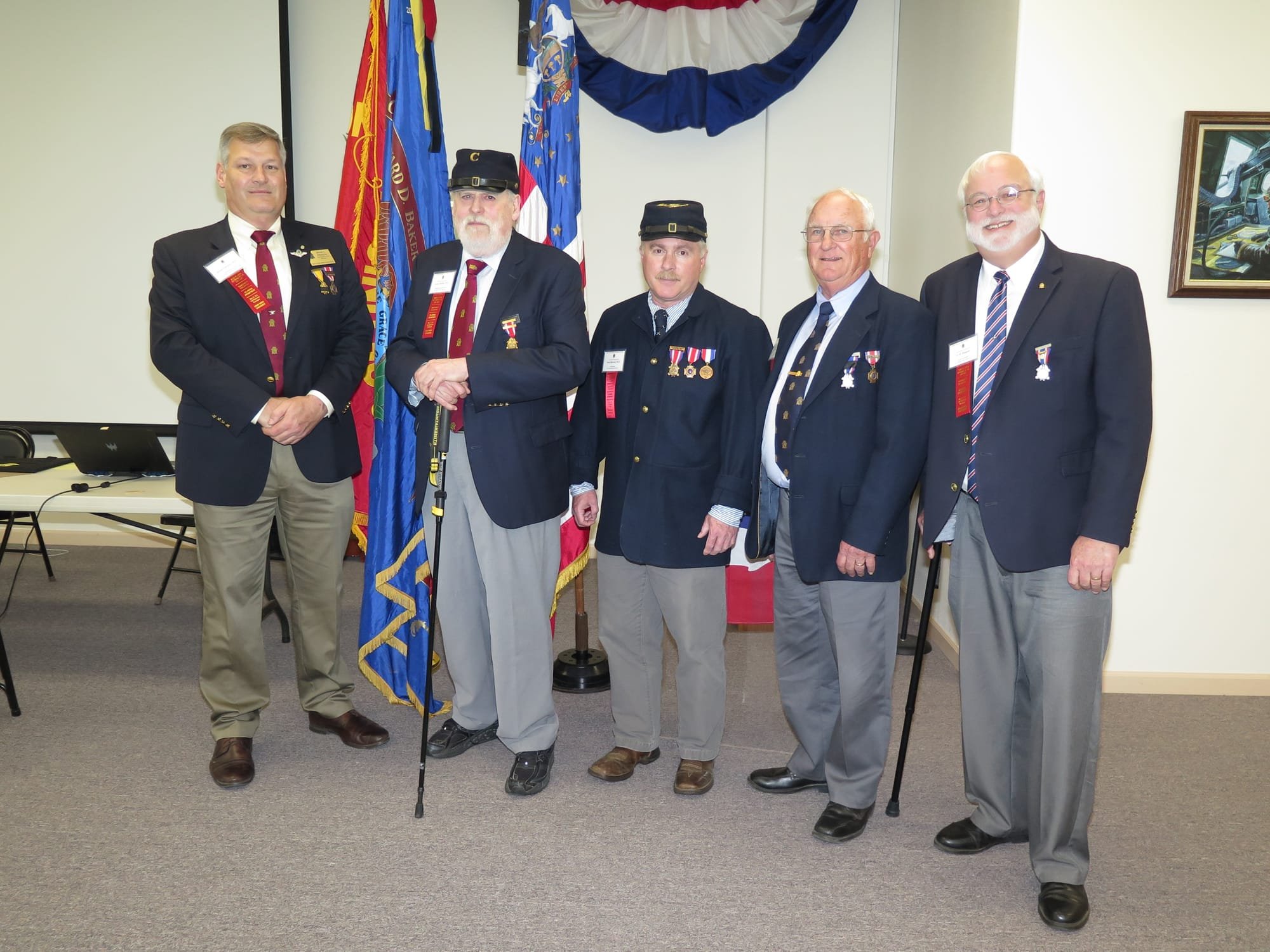 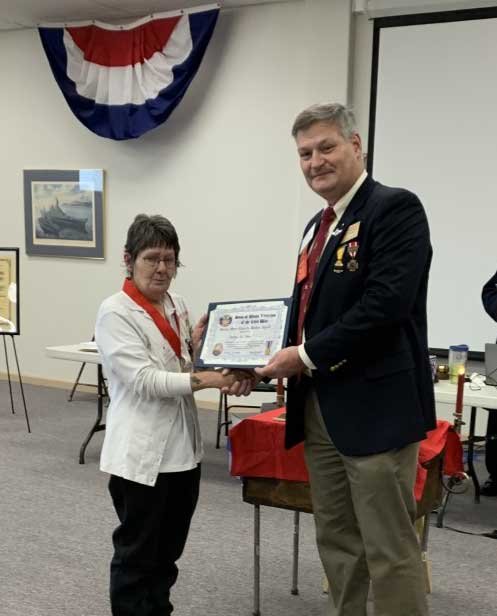