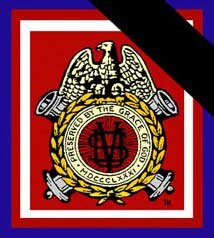 The Sons of Union Veterans of the Civil War solemnly recognizes the death of Past Commander-in-Chief Andrew M. Johnson on 22 May 2022 at the age of 86.

PCinC “Andy” Johnson, life member #393, was a long-time member of the Lincoln-Cushing Camp No. 2 of Washington D.C. and served as Camp Commander, Commander of the Department of Maryland, and ultimately as Commander-in-Chief in 1998-1999. PCinC Johnson retired as a Colonel after 30 plus years of active and reserve service in the United States Army. He was a member of and served in positions of leadership in other National Organizations to include the Sons of the American Revolution, Sons of Colonial New England, and the American Legion. Always the gentleman, PCinC Johnson was a stalwart and wise leader in our Order and his willingness to mentor others was a true gift to us all.