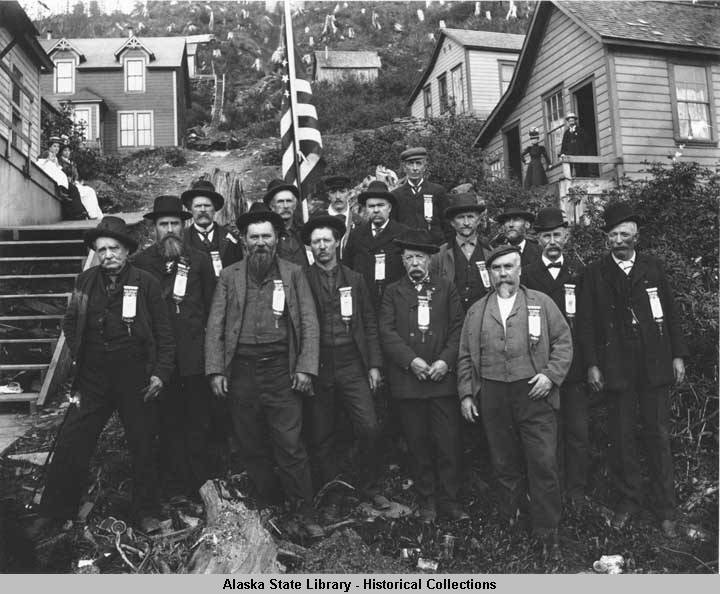 W. H. Seward Post No. 36 was based in Juneau, Alaska.  The map at the bottom of the page shows the exact location.

Its namesake is William Henry Seward (1801-1872), who was U.S. Secretary of State during the Civil War and Reconstruction.  He was instrumental in negotiating the Alaska Purchase in 1867.

The application to form this Post was originally received by the Department of California.  It was forwarded to national headquarters, where the decision was made to attach Alaska to the Department of Washington.  The Post was never mustered under its original charter, owing to the fact that by the time the charter arrived, most of the applicants had scattered.  A new application was made in 1889 and a new charter granted.  The post was organized in 1887, and mustered in 19 October 1889 with thirteen charter members.